After months of trying to organise it, I have finally managed to get my friend James to take me stargazing (partly through taking his torch hostage). Reaching his house slightly before midnight, we were lucky to be doing this during the Geminid meteor shower, which provided a splendid view of lots of shooting stars and hopefully has meant my wishes may finally come true (come on, world domination).

Apart from just looking at stars (normally and through James' awesome reflector telescope), I also had the great opportunity to be taught the basics of astrophotography. As the newest blog post, I would like to share with you the photos I took using my Canon 1200D camera.

Unfortunately, although we saw plenty of meteors during the shower (some very impressive ones too!), I only managed to catch one meteor on camera: 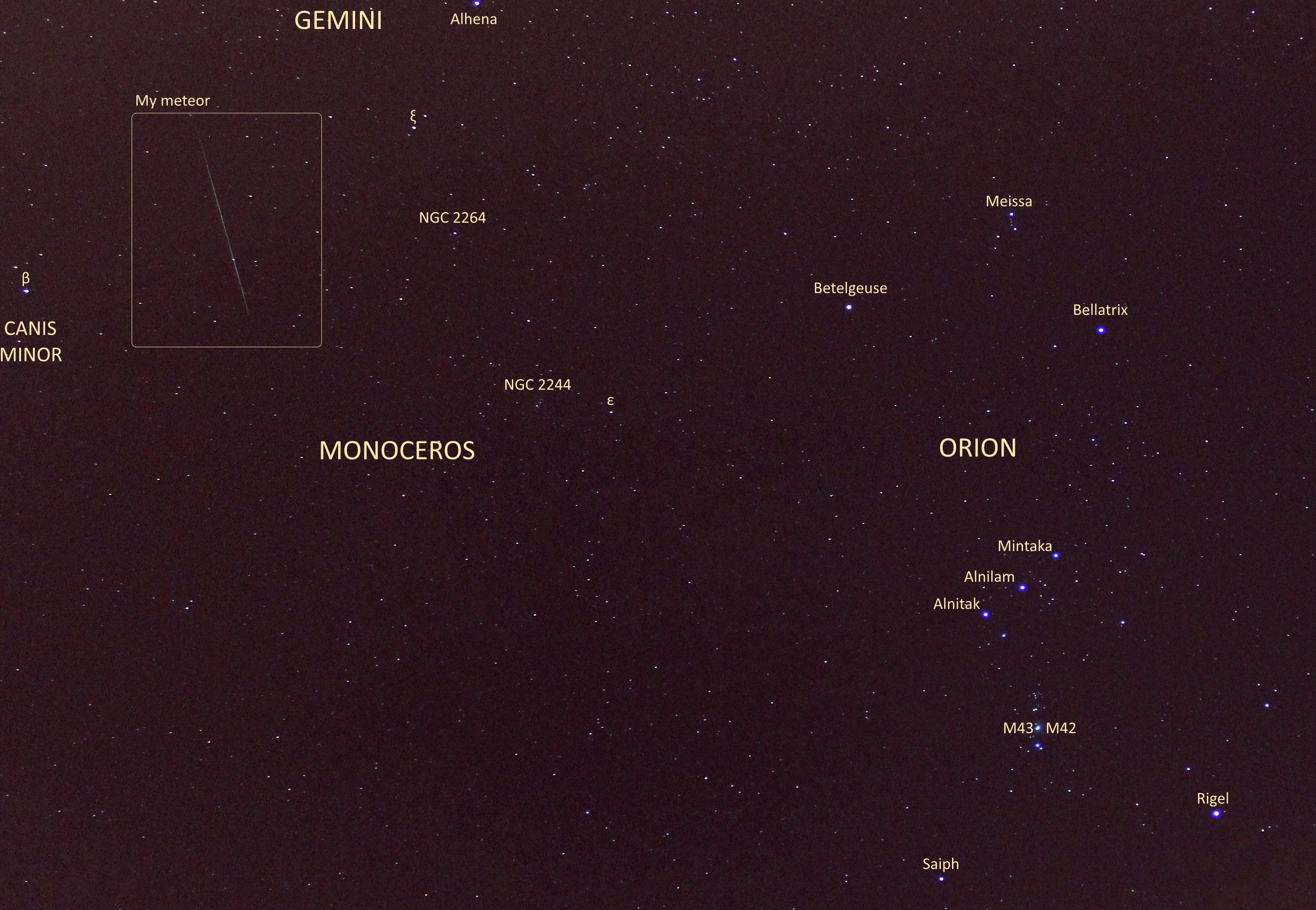 As well as this, we also directed my camera to Orion, and took a not-so-bad photo of the Orion Nebula: 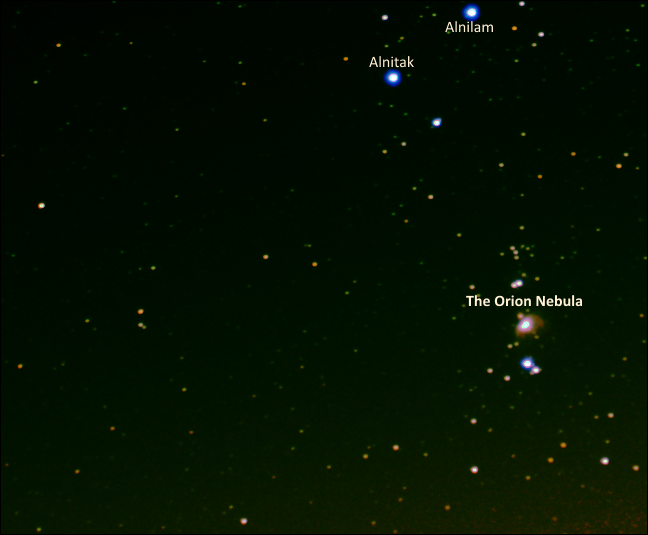