Living in London has its good sides and bad sides.

One of the bad sides is the British weather. After spending a whole night preparing for the solar eclipse, I spent all morning staring at the bum-side of the standard clouds.

After waiting 2 hours and completely missing the eclipse, I obviously felt annoyed.

But luckily things were not so bad and later on I got to use my solar filter (which would have otherwise been wasted) to take this neat picture of the Sun with a few sunspots:

To take this neat picture, I used a Canon 1200D camera and a Celestron Astromaster 70 telescope along with this neat little filter cover: 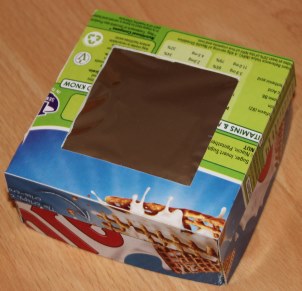 This is a nice little cover that fits onto the end of my telescope, made from Baader Astrofilter material, contact glue and a Shreddies cereal box.